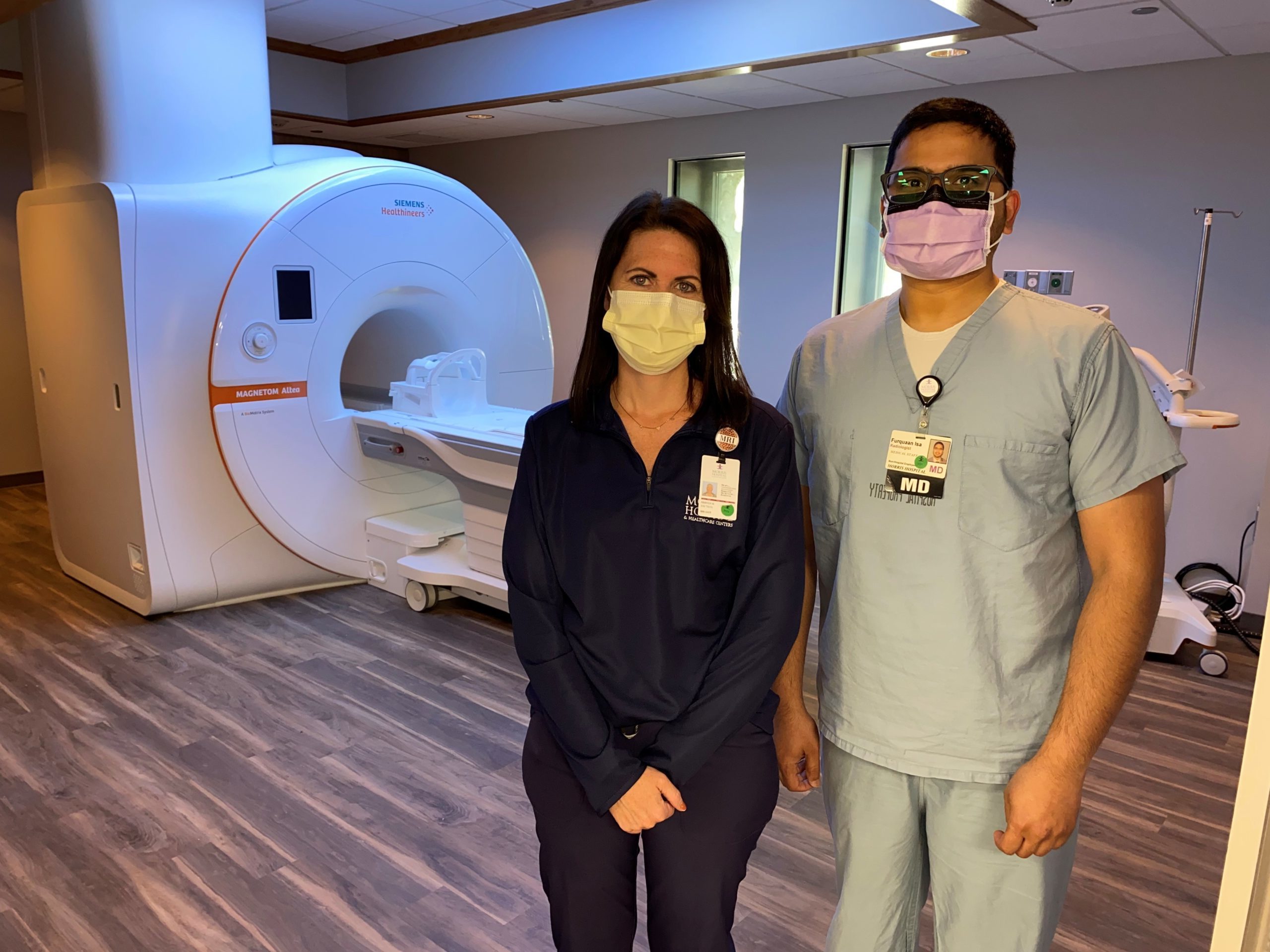 In addition to enhancing patient experience and image quality, the $3 million MRI system has many advanced features that will bring additional testing capabilities to Morris Hospital.

Using a powerful magnetic field, radio waves and a computer to produce detailed pictures of the body’s internal structures, magnetic resonance imaging (MRI) is a noninvasive diagnostic imaging modality that is used at Morris Hospital to evaluate the body for a variety of conditions, including diseases or injuries to the spine, joints, liver, abdomen, breast, brain and blood vessels.

As the result of a special feature called Biomatrix technology, MRI technologists at Morris Hospital will be able to position patients for their test more quickly. Another feature called Turbo technology speeds the imaging time and allows multiple scans to be obtained simultaneously. Overall, the amount of time patients spend lying on the table is reduced by about 40%.

“More room, less noise, shortened exam times, and enhanced comfort make it easier for patients to relax so they can remain motionless during their exam,” explains Liz Bates, Director of Imaging Services at Morris Hospital & Healthcare Centers. “The less the patient moves, the better the images.”

For Dr. Furquaan Isa, a radiologist on the Morris Hospital Medical Staff with Grundy Radiologists, high quality images from an MRI enhance a physician’s ability to diagnosis medical conditions.

“For most clinical questions that need to be answered with an imaging test, MRI is often a final step,” said Dr. Isa. “So when we do an MRI study, we have reached the point of really needing a definite diagnosis. We want to do this using the best modality, the best scanner, and a system that is going to produce the best quality images with more detail. That’s what the new Siemens Magnetom Altea system offers.”

One feature of the new MRI that Dr. Isa says will be important during scans of the brain is susceptibility weighted imaging (SWI).

“The technology is much more sensitive in detecting micro-bleeds of the brain which can often go unnoticed. This is very important for patients with concussion symptoms as a result of an accident or injury,” explains Dr. Isa. “SWI sequencing will also help us detect old bleed, which is a stroke that occurred in the past but went unnoticed because it wasn’t significant enough to cause any symptoms.”

The new MRI will also detect iron deposits on the liver, which is very important for patients with a liver condition called hemochromatosis, as well as any condition that can result in increased iron deposits. Previously, patients had to be referred elsewhere for liver lab studies. Dr. Isa said certain small structures in the toe and finger joints will also be easier to see with the enhanced images produced by the new Siemens Magnetom Altea MRI.