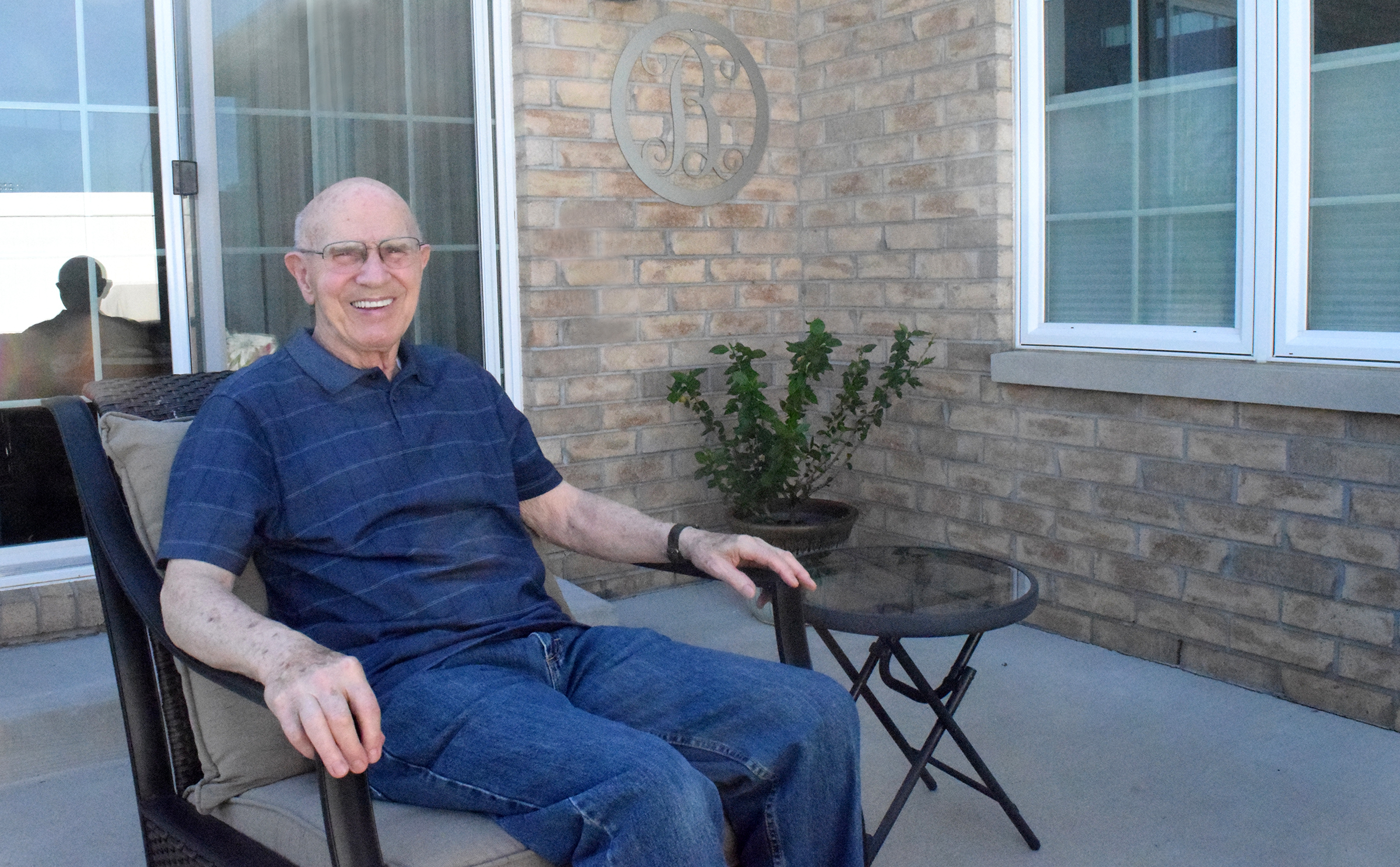 At 84 years old, Gerald Bernetzke decided it was time to do something significant about his hearing.

Battling gradual hearing loss for half of his life, Jerry had used device after device with hopes of finding a better solution for hearing the world around him.

“It took me a lot of years,” says Jerry, a resident of Morris. “My wife, Judy, had to put up with my hearing loss for the last 40 years. It gets to a point that something has to be done.”

The hearing aids Jerry relied on over the years were getting more expensive and weren’t proving effective, especially when it came to the hearing in his right ear. Plus, while hearing aids could amplify the sound, they couldn’t help him comprehend the sounds he was hearing.

“They only can do so much,” Jerry says about the hearing aids. “The hearing in my right ear had got to the point that hearing aids could not overcome the difficulties I had in that ear.”

Ten years ago, Jerry looked into the possibility of getting a cochlear hearing implant, but found out then he didn’t qualify for Medicare coverage. He felt it was time to try again.

“I wanted to try something different,” Jerry said. “I wanted to go to a place that had medical experts who would perform the implant surgery if it called for it.”

With renewed determination, Jerry met with Dr. Matthew Bartindale, a fellowship trained, board-certified otolaryngologist with ENT Surgical Consultants who is on the medical staff at Morris Hospital & Healthcare Centers. After an evaluation, Dr. Bartindale determined that Jerry’s hearing loss was severe enough to make him a good candidate for a cochlear implant, a small device that is surgically implanted into the inner ear.

“It was a very small cut, maybe an inch or so, right at the base of the ear,” Jerry said. “I don’t want to say it was painless, but the surgery wasn’t anything more than just a little cut.”

As expected, it took Jerry some time to adjust to the sounds that started registering in his right ear. A traditional hearing aid simply increases the sound coming into the ear, but a cochlear implant bypasses the ear structures and directly stimulates the hearing nerve. 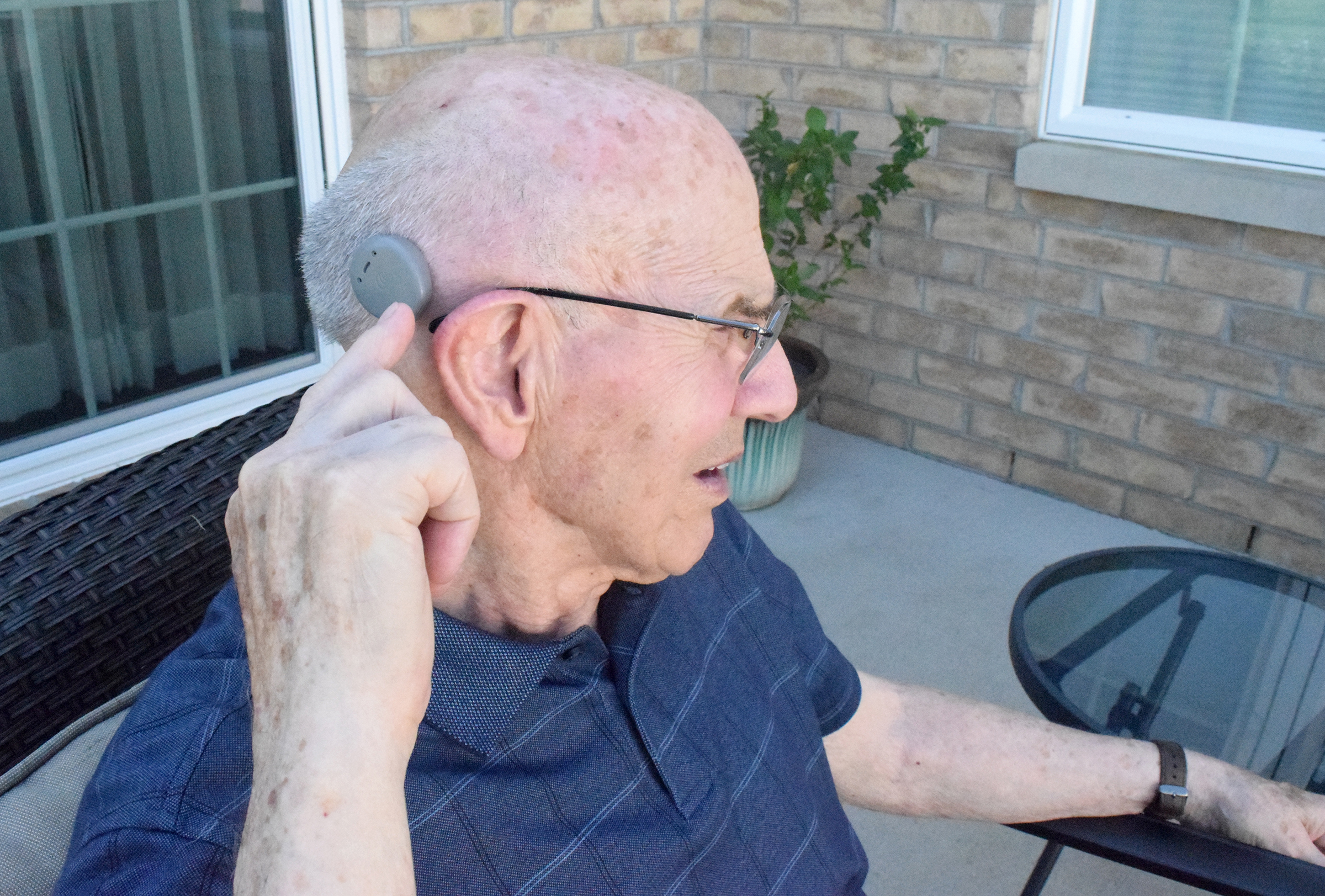 Jerry uses an external processor that acts like a normal hearing aid. After being programmed by audiologists in Dr. Bartindale’s office, the processor receives and processes sound, but the internal receiver in the inner ear activates the nerve. In time, a person’s brain learns how to understand those electrical impulses.

“I’m happy with it, but it’s a learning process,” Jerry says. “Your brain has to start recognizing these new signals that this implant is sending. Even after 6 months, I’m still recognizing new sounds. It’s not something that happens overnight.”

About six months after the surgery, Jerry was noticing a definite improvement in his hearing, which was also helped by a new and improved hearing aid for his left ear. He was appreciative of the care he received from Dr. Bartindale, the audiologists, and all the staff in his office.

“I couldn’t have asked for better care as far as having them answer my questions and adjusting the implant so I can hear better,” he said. “I can’t say they could do any better than what they’re doing for me.”

“It’s a world of difference as far as what I was hearing before,” he says. “It was well worth the chance that I took.”