How well do you know your health insurance coverage?

In Good Times and Bad: Couple Expresses Gratitude for Care 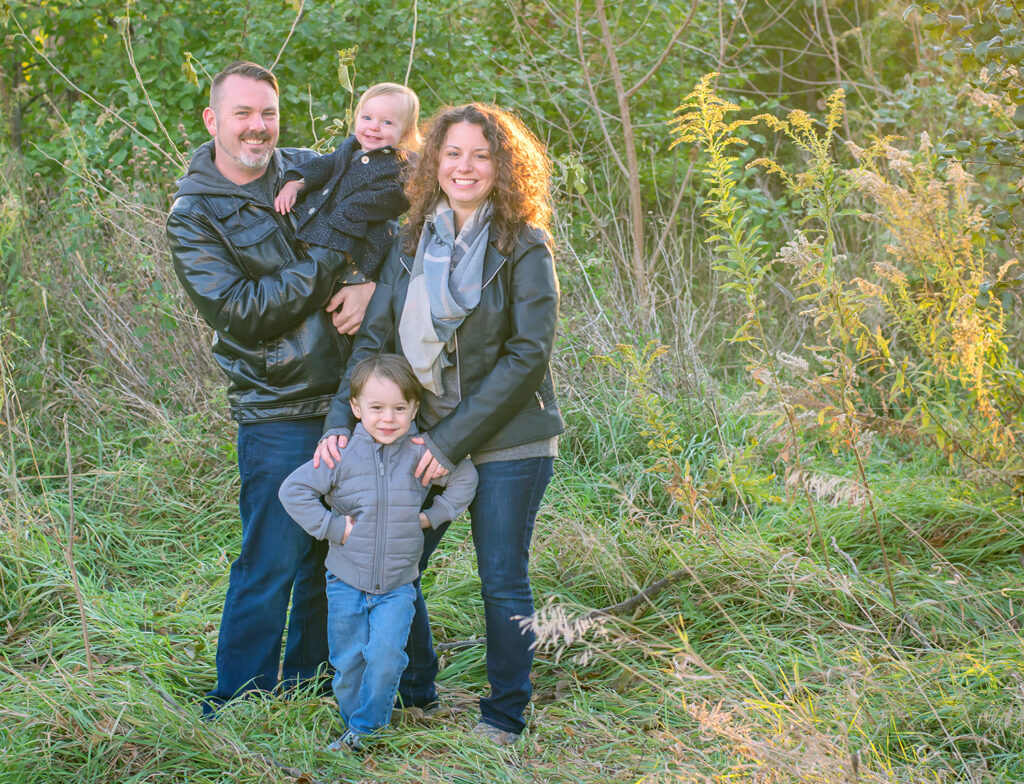 On July 1, 2017, Paul and Christina Van Yperen celebrated one of the best days of their lives when they welcomed their baby girl into the world. Just seven weeks later, the couple survived one of their worst as a motorcycle ride turned to tragedy.

Both Paul and Christina will always remember the people at Morris Hospital & Healthcare Centers who helped them through those unforgettable days.

Christina already felt a bond with Morris Hospital when she arrived at the hospital to deliver her daughter, Viviana. Not only has she worked in the Morris community the past 12 years – including the past three as executive director of the Grundy County Chamber of Commerce & Industry – Christina delivered her son, Richard, at Morris Hospital almost three years earlier.

When Viviana was seven weeks old, Paul and Christina were ready to have a date night in celebration of their belated 5-year wedding anniversary.

On August 24, 2017, they were heading back home from Morris on Paul’s Harley Davidson, heading east on Route 6, when they came to a construction zone just before reaching the Bell Road intersection in Channahon. The wheels of the motorcycle hit the grooved surface of the road. By the time Paul regained control of the motorcycle, there was little time to avoid the vehicle in front of them.

“I remember turning my head and bracing for it,” Christina said. “I had my helmet on, but Paul doesn’t wear a helmet, so I remember thinking ‘He’s gonna die.’ The next thing I remember was being on the hood of the car and hearing Paul yelling to see if I was awake.”

When they arrived in the Emergency Department at Morris Hospital, Paul and Christina were brought to the same treatment room so they could stay informed on what was happening with the other. While neither of them had life threatening injuries, their injuries were serious enough. Paul had to be sedated while the medical team put his dislocated shoulder back into place. He also had a broken arm, broken leg and fractured pelvis. Christina suffered a severely broken ankle.

While Paul remained under sedation, Christina found herself unnerved by the quietness of the room and her emotions from the accident. That’s when a hospital representative from registration came and sat with Christina.

“It wasn’t something she had to do,” Christina said. “I’m sure she had other work, but she stayed and she sat with me. I don’t know that I would have received that kind of care somewhere else.”

After leaving the emergency department, Christina and Paul were placed in the same inpatient room. Christina was discharged after four days, but Paul’s injuries kept him in for six. He soon grew frustrated with not being able to accomplish certain tasks he needed to perform in order to be discharged. A particular CNA knew just how to encourage him along.

“The staff really goes above and beyond to care for patients both physically and emotionally,” Christina said. “This particular CNA could see it in Paul. She really pushed him to keep his chin up.”

Their recovery has been a long road since then, but together they have come a very long way. Looking back, Paul and Christina are grateful for their family, friends and the staff at Morris Hospital who helped them through it all.