How local man lost 100 pounds with help from cardiologist 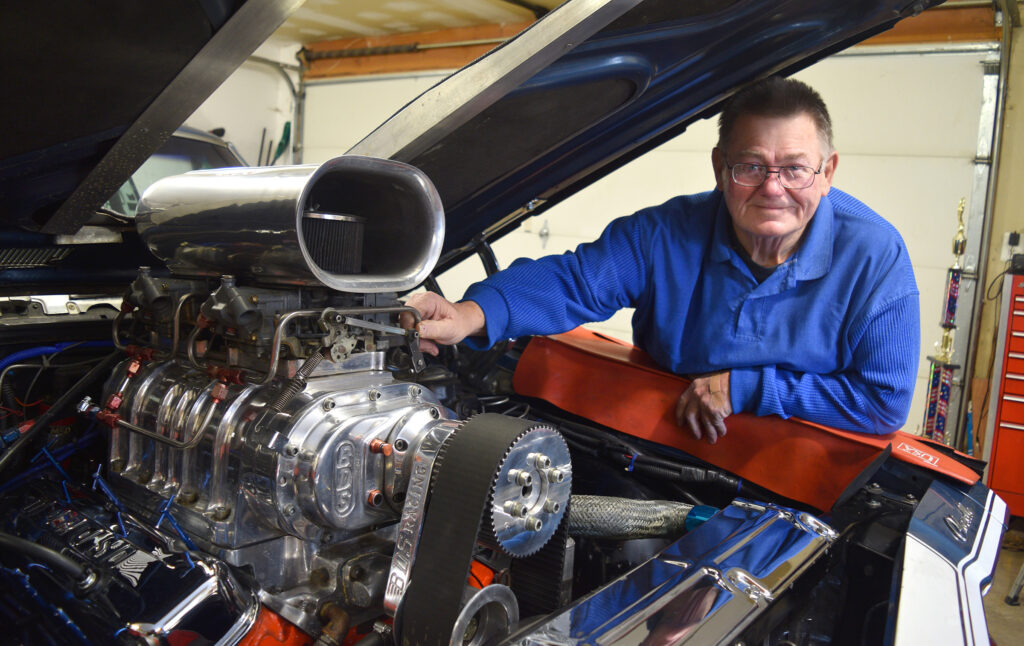 Ray Cockream of Morris is enjoying life after losing 100 pounds with the guidance of his cardiologist, Dr. Syed Ahmed.

Sometimes all it takes is a different perspective and some encouragement to get back on track to better health.

Ray Cockream, 71, of Morris, got just that about two years ago when he walked in to his first appointment with Morris Hospital cardiologist Dr. Syed Ahmed.

At the time, Ray had high blood pressure, Type 2 diabetes, sleep apnea and could walk only a few steps before losing his breath and having to sit down and rest. He weighed 400 pounds.

Dr. Ahmed told his new patient how concerned he was about his health.

“Dr. Ahmed told me he should put me in the hospital right then,” Ray says.

The news only got worse. After some diagnostic tests, Ray learned he had unknowingly suffered a heart attack that damaged his heart. Fortunately, the damage was not severe. Ray and Dr. Ahmed had a talk about his health.

“He said that if I listened to him, we could try something that would help me,” says Ray.

Two years later, Ray is down 100 pounds, can get around much easier, and was able to discontinue a couple of his medications.

A Time for Change

Ray says Dr. Ahmed came into his life at just the right time.

Over the past few years, he had gradually become less able to do the things he and his wife, Linda, had enjoyed. The couple used to square dance together and walk along Liberty Street in downtown Morris during Cruise Nights. At one time, Ray was in good enough shape to work as a fireman in Morris for 17 years and had even served on the fire crew at the Indianapolis 500.

By the time a good friend suggested he see Dr. Ahmed, Ray could barely walk through his own house. He wasn’t even out of the cardiologist’s office before he made a commitment to himself to get on the road to health.

While Ray had known for some time that this was something he needed to do, it was the encouragement and guidance of a good doctor that finally gave him the motivation.

“I knew Dr. Ahmed cared and was looking after my best interest,” Ray says. “He knew what I needed to do to make it work. Right off the bat, we hit it off as a team.”

Ray started by cutting back on his meal portions. No more double cheeseburgers with fries and no more fistfuls of cookies. Instead, he might have a junior burger at a restaurant or two cookies for an afternoon snack. What used to be a plateful of pasta changed into a scoopful. He also eats less meat and more vegetables.

But it’s his activity that has really made the difference.

“It’s all about choices. And you have to stay busy,” he says. “If you just lay around in front of the television, it’s not going to work. I just buckled down and stay busy.”

As his health improved, Ray started feeling good enough to work on his ’68 Chevy Chevelle, do yard work, walk, and eventually ride his bicycle. Little by little as the pounds dropped off, his energy returned, and his health improved.

Today, he enjoys being more involved with his four grandchildren and three great-grandchildren.

“Boy, it’s so much better now,” says Ray. “I feel one hundred percent better. Dr. Ahmed has been great as far as keeping me on track. He’s kind of coached me on doing this. Everyone in his office is just super.”