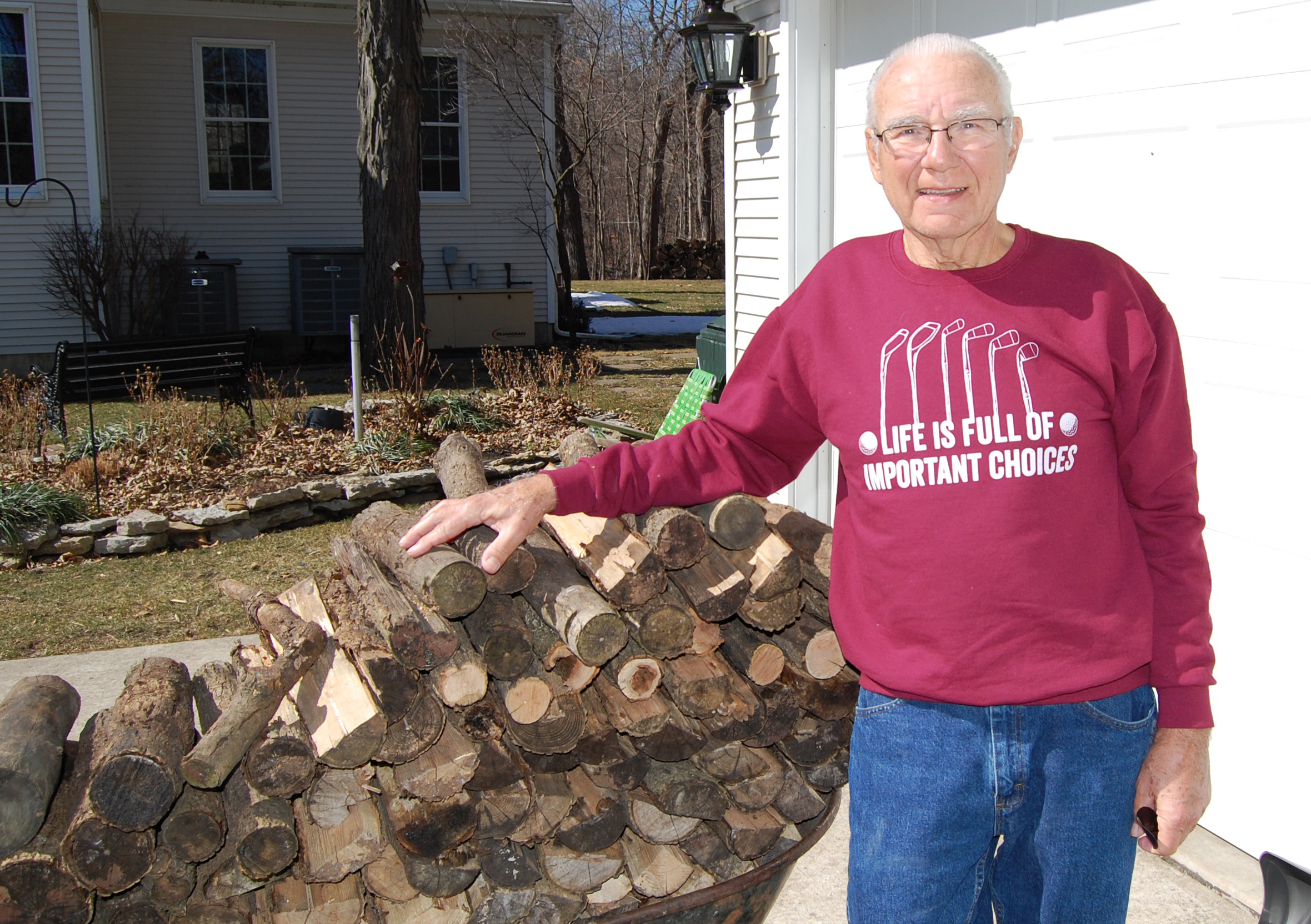 At age 79, Leon Residori wasn’t too alarmed when he started losing weight last fall. An avid golfer, the former Morris Hospital Board Chair attributed the weight loss to physical activity and aging. It wasn’t until he started feeling out of breath that he decided it was time to see his doctor.

When blood work showed he was anemic, his primary care physician — Dr. Colin Kao at the Seneca Healthcare Center of Morris Hospital — referred him to Dr. Richard Rotnicki, an independent gastroenterologist on the Morris Hospital Medical Staff. Diagnostic tests of the upper and lower GI revealed a cancerous tumor in Leon’s esophagus.

“I never dreamt that’s what it was,” says Leon, who had also been experiencing a painful, heavy feeling in his chest after eating.

Leon’s life changed instantly. After consulting with an oncologist and a surgeon who specializes in gastrointestinal surgery, the recommended course of treatment was 6 chemotherapy sessions and 28 radiation treatments to shrink the tumor, followed by surgery.

For the 28 radiation treatments conducted over a period of 6 weeks, Leon never had any doubts about choosing the Radiation Therapy Center of Morris Hospital.

“On the first day, they made me feel like I belonged here,” says Leon. “Ashley is the perfect receptionist and always made me feel welcome with a wave and smile although partially hidden by her mask.”

Since visitors weren’t permitted at the time due to COVID-19, Leon came to rely on Barb, the registered nurse at the Radiation Therapy Center who stayed in the exam room with Leon each time he saw Radiation Oncologist Dr. Ommar Hla.

“Barb was my ears for my meetings with the doctor since my wife couldn’t come in,” explains Leon, who has moderate hearing loss. “She made sure I understood what was going on.”

“Ashley, Emma and Sherah worked as a team and performed their duties flawlessly,” says Leon. “This gave me confidence that I was in good hands. And Cassie, the supervisor, was extremely friendly, making me feel welcome to enter her arch of professionalism. They are clearly focused on making their patients feel like number 1.”

On February 18 when Leon walked out of the treatment room for the last time, the staff was gathered together to celebrate the occasion. They presented him with a diploma, an angel, and asked him to read a plaque mounted on the wall. The plaque says, “Ring this bell three times well. It’s told to surely say my treatment is done, my course is run, and I’m on my way.” And then Leon rang the bell three times.

“It brought tears to my eyes,” says Leon. “I thought, did I make it? It was very personal.”

As he awaits his upcoming surgery, Leon will always look back with appreciation on the staff at the Morris Hospital Radiation Therapy Center who have been part of his journey.

“I wouldn’t change anything at the Radiation Therapy Center, except I would buy them hand warmers,” teases Leon in reference to the temperature of the staff’s hands as they positioned him on the treatment table during the coldest stretch of winter. “When I told them their hands were cold, they said they have warm hearts.”